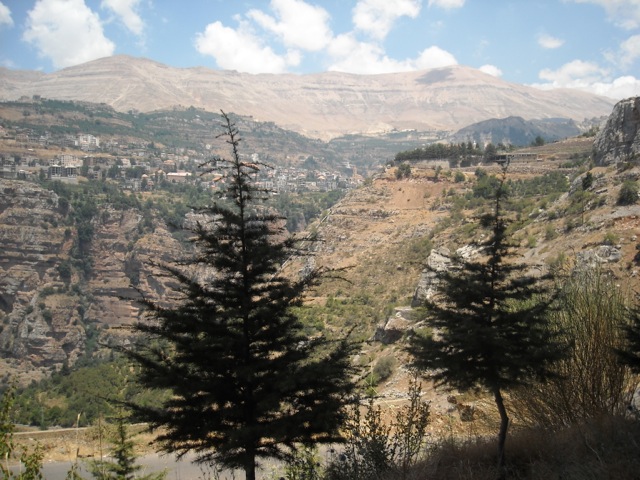 One of the benefits of living in the Middle East was that a country like Lebanon, so small and yet diverse, was just a low-cost flight away. So one weekend I decided to visit Lebanon. I’d been to Beirut before and wanted to explore the mountains so I travelled north to Tripoli by bus to Bcharre and then into the beautiful Qadisha Valley.  Qadisha, means holy in Aramaic, and is hugely important to Lebanon’s Christians.
The monasteries are Maronite with the earliest stretching back to the seventh century when the early Christian communities were searching for sanctuary and Wikipedia describes the valley as the Maronites’ “spiritual centre”.

It was summer so it was fantastic for hiking. I can’t say I remember too much (see the picture captions, or lack thereof) except I was very much the Englishman that went down a hill and came up another one and then went down that one. I walked along the trails stopping at the monasteries sprinkled among the hills. But really I wasn’t on much of a tourist trip, it was just a wonderful place to clear my head and feel the fresh air in my lungs.