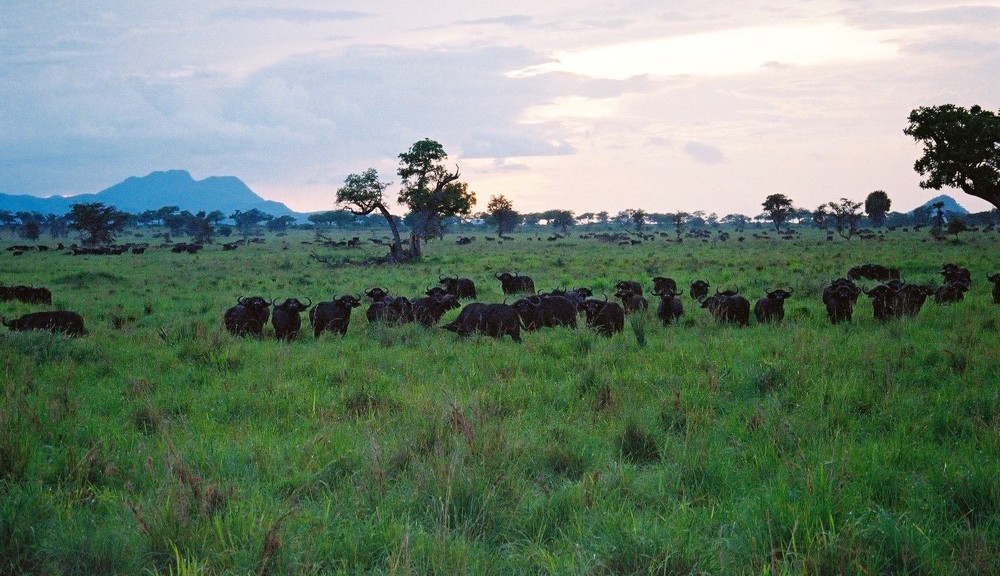 I’m not going to lie, I went to Apoka a long time ago, probably around ten years, so my memory is a little sketchy. However, it has always remained one of the places I have said I would love to return to.

The big skies, the feeling of isolation (I was looking enough to reach it by plane but it’s apparently a pretty backbreaking journey by road [links to a NTV YouTube clip about the journey) and of the earth stretching away from you unendingly into the distance in every direction. Compared to other national parks in Uganda, Sophy Roberts used a simple but wonderful phrase to describe Kidepo, she called it a “truer wilderness.”

In Uganda’s north, not far from the tinder-esque southern border of Sudan (then, now the border of South Sudan) the area was also traditionally a troubled heartland for the Lord’s Resistance Army – Wikipedia. Since shortly before my visit and on, tourism has only increased to the region. That was also Idi Amin’s hope in the late 1970s and in the distant mountainside of Kidepo (from Apoka) you could see the skeleltal frame of an unfinished Katurum Lodge, which I believe now is planned to open.

The lodge itself is (at least was) a luxurious place with deluxe rooms of four-poster beds, outdoor baths (in a good way) and verandas to watch the animals that are free to roam up to, and through, the lodge itself.

Going between your hut and the restaurant/reception at night for example involves torches and an armed guard because there is a chance they might need to scare off a wandering lion or the like (in my case they didn’t).

I also saw fireflies for the first time during a night safari in Apoka, which I thought was magical. During that early evening safari in an open-backed truck, we drove around and stopped just a little too long and a little too close  to a herd of elephants with the adults quickly rallying around and surrounding their calves.

It was wet during my visit, which makes it harder to find animals, as drinking holes are numerous and they can roam all over the vast park. A walking safari yielded little apart from damp trousers thanks to the tall grass and while, both guide and guard carried a rifle, there was an undoubted feeling of nervous excitement.

But oddly, particularly for a safari lodge, I felt in many ways it wasn’t the wildlife that was real USP of the Apoka Safari Lodge. Perhaps it was because I didn’t see the lions, the leopards and the various other beasts that roam the Kidepo, but I feel, even now, that the power of Apoka is its place.