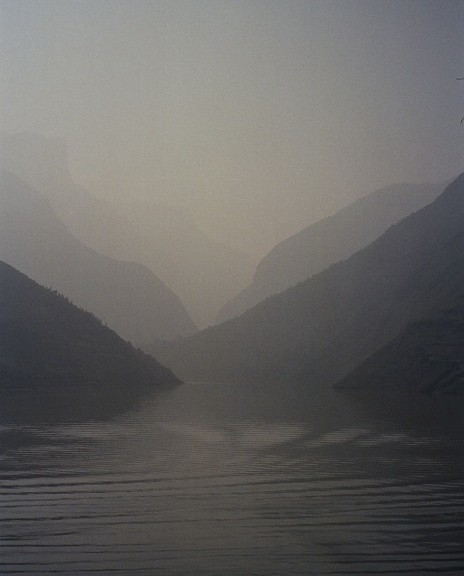 I took a Yangtze River cruise in 2007 from Chongqing to Yichang. It was a time when the government was flooding areas along the riverbank because of the Three Gorges Dam project. There were numerous markers along the 195km stretch that showed where the new water level would be and many villages and farms would have to have been relocated.

Throughout almost the whole journey the ship was wrapped in a blanket of mist, fog, fug as small riverside villages gave way to ugly industrial cities where tower blocks rose unevenly and untidily from the earth like  teeth from an old sailor’s gum.